by Chris Anderson on November 27, 2019 in Announcements, Pastoral Commentary

Every generation tends to think they have it harder than everyone else. We’ve all heard the joke about how our parents had to walk to school. In the snow. Uphill. Both ways.

As the father of four daughters who are now in their teens and twenties, I think I can confidently say that no generation has faced the challenges and temptations of this one. No, they haven’t had to endure the Great Depression or storm the beaches of Normandy. But temptation has never been so easily accessible. American culture (from the University to Washington to Hollywood) has never been so antagonistic to Christianity. And, ironically, the church has never been so eager to accommodate that hostile world. “It was the worst of times, it was the worst of times.”

And yet, there is hope. There’s always hope with the gospel. Throughout both Testaments, God’s people have thrived under opposition. And based on the young people I’m meeting today, I think that continues to be true. The young Christians I regularly interact with aren’t snowflakes. They’re not entitled. They’re not merely consumers. They’re not looking for a safe space. Quite the contrary. They have deep Christian convictions. They want to be discipled. And they want to deploy—to make a difference in the world for Christ. In many ways, it is indeed “the best of times.”

God’s people have thrived under opposition, and the young Christians I meet are proving that to be true

Our prayer is that Gospel Meditations for Young Adults will help them. We write as pastors and parents to encourage them in their faith, to help them build up their resolve in the face of opposition, and to cast for them a vision of a deeply satisfying life of ministry. Pray with us for young Christians. And expect them to do wonderful things for our Lord wherever He sends them. Uphill. Both ways. 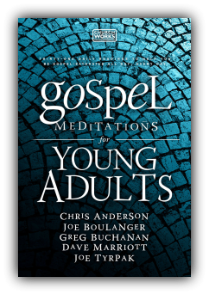 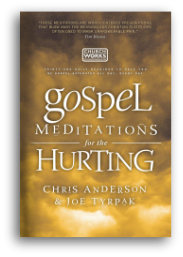